from Where Are the Cars (2008) by Thunderegg 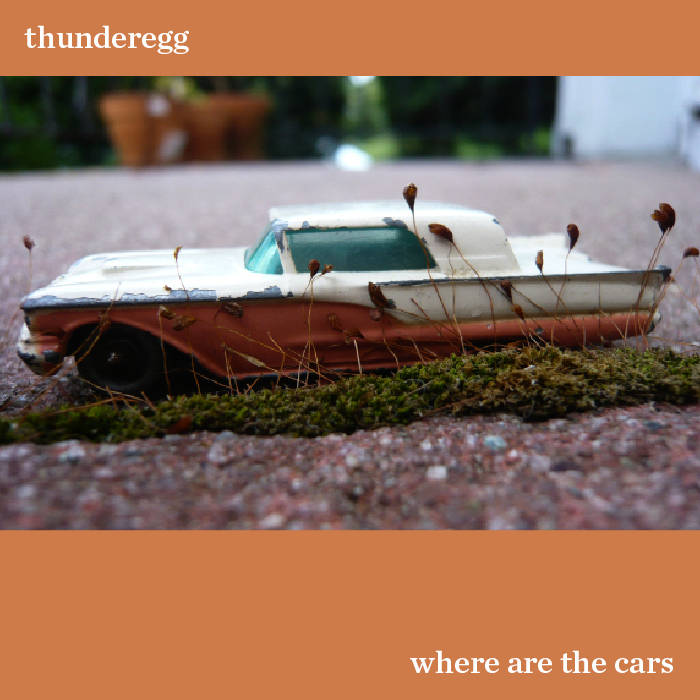 There was a man, name of Dexter, whose desk was by the copier. Not a thing would have suggested he’d go to lunch and not return. He had a girl, one time I met her. She seemed happy, she seemed fine. But maybe I misassessed her; I’m sometimes blind at Christmastime. Now I don’t want to give off the wrong impression: I’m not suggested they went on some demented, cold-blood killing spree. For every single devil of a Starkweather, there’s a billion men like Dexter and me, staring through the wipers at blue cars, blue sky, blue clouds, blue drive, blue turnpike, blue time, blows by.

Late one night I told the watchman there was a file I forgot. He buzzed me in, turned to his crossword, and gave me not another thought. I rode up to the silent office and sat myself at Dexter’s desk. I thought I’d open it like a coffin and understand why Dexter left. But I found I’d have no such revelation: just a single box of little paper clips. But when I pulled one out I found that he had formed a chain with them. It was a beautiful site, shining like silver in the flourescent light, like jewels for his girl in blue cars, blue sky, blue clouds, blue drive, blue turnpike, blue time, blows by.